Today's events were fairly slow compared to my previous days. I had the day almost entirely off except for a shift at the Public and a previous engagement. The Public is always fun even though it involves dealing with the public (for future reference: whenever I am referring to the theater, it will be capitalized; the general public as in groups of people, lowercase).  The appointment was for my wife and I to upgrade to the latest iPhone!
That's something I never thought I would be happy about! Ten years ago, it wasn't even possible. I mean think about it. What were you doing in 2006? I was still using a desktop computer exclusively, had a massive movie collection that was continuously updated through bargain bins, burned all of my MP3 files to CD, had a separate calculator, took notes on paper, and texted but with the numeric system!
How far we've come! I mean ten years ago I couldn't conceive of needing the piece of conglomerated technology that I'm writing this blog on right now! One thing is for certain, having iPhones when we moved to this city saved our poor little small town lives! Hotel wifi needed payment, coffee shops and fast food places had it, but no where to plug in (my laptop was already dying a slow death)  and we had to find a place to live and stay connected with our jobs!
It's impressive what one can do on these devices and how many items they replace! I still can't entirely except that all of the content for my show @retailsongcycle has been created on iPhones.
I guess what tonight's post has really been about is how quickly things become common, everyday, and are taken for granted. Ten years ago, this was impossible! Even a year ago, some of this technology didn't exist. In my lifetime, a decade has become a technological eon.
I'm already used to the bigger screen and wider keyboard.
Also I can do this! It's the little things. 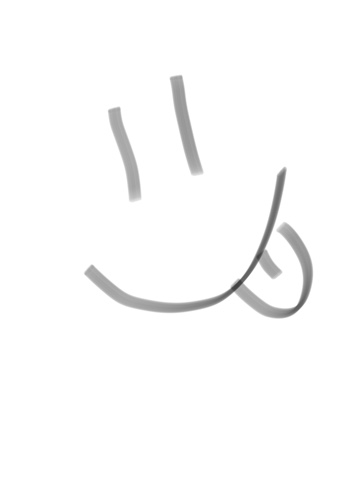